Bottled water vs tap water; What should we drink?

As I am sure you are aware, it is of vital importance to drink plenty of fluid throughout the day to keep you hydrated. Water is important for many processes, including the transport of nutrients around the body, excretion of waste products, and helping your mind to focus and concentrate. One common concern amongst my clients and students is whether tap water is safe to drink, and if not, whether bottled water or filtered water is any better.

As we continue to invest in sustainability, health, and wellness, it has become more crucial than ever to consider the origins of our water consumption. So, tap water vs bottled water; what should we drink?

Should we be concerned about tap water?

You will be comforted to hear that UK water standards are amongst the highest in the world. Tight regulations ensure minimal contamination with bacteria, minerals and chemicals. All public water supplies in the UK are tested regularly, and the results are available to anyone on request. The latest figures for drinking water quality can be found here. 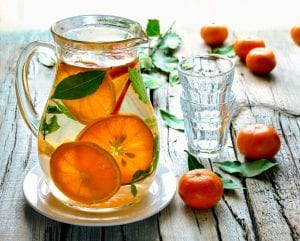 Should I worry about chlorine, birth control residues or fluoride?

Despite more than 2.5 million women taking birth control pills in the UK, and ethynyl estradiol being detectable in river water, routine filtration and disinfection via water treatments plants are reportedly effective at removing this residue from our drinking water.

Chlorine is potentially a concern, as it is added to our water to kill bacteria and microbes, which keeps waterborne infections at bay. Concerns have been raised over this practice because when chlorine reacts with organic matter, trihalomethanes (THMs) are produced. THMs have been linked to many health problems (though inconclusively) and as a result, regulations for maximum levels of THMs have now been set. It is clear that the potential risk posed by the chlorine in our water is significantly less than the risk of drinking water that has not been treated. However, I personally prefer to filter my tap water to remove chlorine and it’s byproducts prior to drinking it.

Water authorities add fluoride to the municipal water supply because studies have suggested that adding it in areas where fluoride levels in the water are low can reduce the prevalence of tooth decay in the local population. This practice is controversial, as excessive exposure to fluoride has been linked to a number of health issues including dental fluorosis, skeletal fluorosis, thyroid problems and neurological problems. However, this is unlikely to occur with normal, everyday water consumption. It is generally thought that as long as water contains less than 1.5mg/l fluoride (the regulated UK upper limit), it does not pose a risk to human health.

If your house or office was built before 1970, then you may have underground lead pipes connecting your water supply to the network. Small traces of lead can ‘wash off’ the inside of these pipes and into your drinking water. Lead exposure should be kept to a minimum and the WHO set a maximum limit of 10 micrograms/ l of lead in drinking water, because levels higher than this are considered harmful, particularly for children and pregnant women. If you are concerned at all that your home may have lead pipes, you can ask your water company to test your tap water. This leaflet provides more information.

The lowdown on bottled water:

7.7 billion single-use plastic water bottles are consumed in the UK every year, which has a devastating effect on our landscape. You may be surprised to learn that whilst the label on your bottled water depicts a peaceful mountain stream, approximately 25% of bottled water is sourced from … the tap. Sure, some companies filter or radiate the tap water with ultraviolet light before selling it to you at several thousand times the cost of municipal tap water. (Examples include Aquafina, Dasani, and many other brands.) 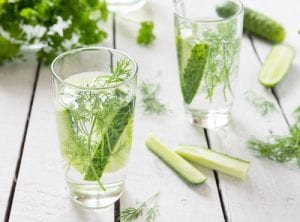 Plastic isn’t just bad for the planet, it’s not good for you, either. Bottled water often contains plasticizers (additives used to impart flexibility and handling properties of plastic bottles) and other chemicals, which may interfere with the function of your endocrine system. Eric Goldstein, the co-director of the Natural Resources Defense Council reminds us that ‘no one should think that bottled water is better regulated, better protected, or safer than tap’, as bottled water samples can contain phthalates, mould, microbes, benzene, trihalomethanes, even arsenic.

So, essentially, tap water is what we should be drinking. UK tap water is safe, and we should take advantage of this, particularly in order to aid the wider campaigns for sustainability. However, there are still a number of unanswered questions regarding specific treatment processes, so I would advise investing in a good water filter to protect yourself and your family. No filter will remove every contaminant, but here are the most common types of filters and the major contaminants they are designed to trap: 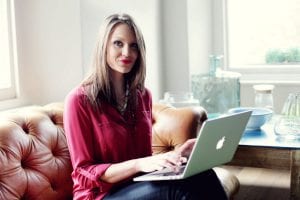 Smaller filters are very affordable and generally use granules of activated carbon. Larger more expensive units use solid block carbon. The latter is likely to be more efficient.

What they DO remove: Lead, PCBs, chlorine byproducts (chloramines and trihalomethanes), certain parasites, radon, pesticides and herbicides, the gasoline additive MTBE, the dry-cleaning solvent trichloroethylene, some volatile organic compounds, some levels of bacteria (such as Cryptosporidium and Giardia) and a small number of pharmaceuticals.

Systems push water through a semipermeable membrane, which acts as an extremely fine filter. They’re often used in conjunction with carbon filters which must be replaced regularly. They can be expensive and the waste 4 to 9 gallons (15 to 34 litres) of water for every gallon (3.8 litres) filtered. This is increasingly unacceptable in a world where water is becoming scarce. In addition, reverse osmosis filters can also take out beneficial minerals from the water along with less desirable elements.

Water distillation is the process of boiling water into vapour and then condensing it back into liquid in a separate container. Impurities in the original water that do not boil below or near the boiling point of water remain in the original container. Distillers have very poor efficiency, being slow, wasteful and using a lot of electrical power.

If you are considering the purchase of a water filter for your home or office, I can highly recommend the following. 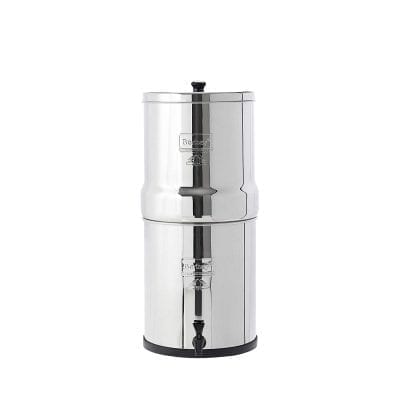 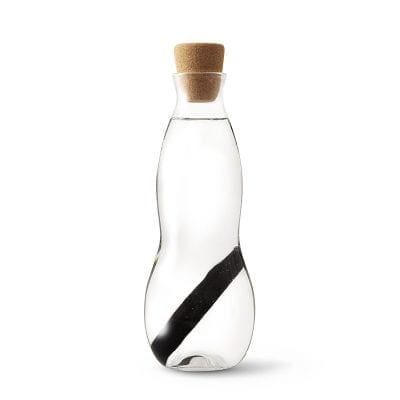 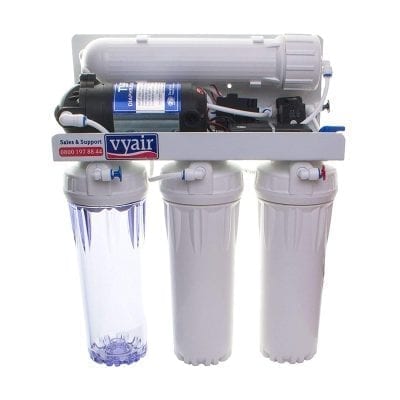