The Power of Probiotics 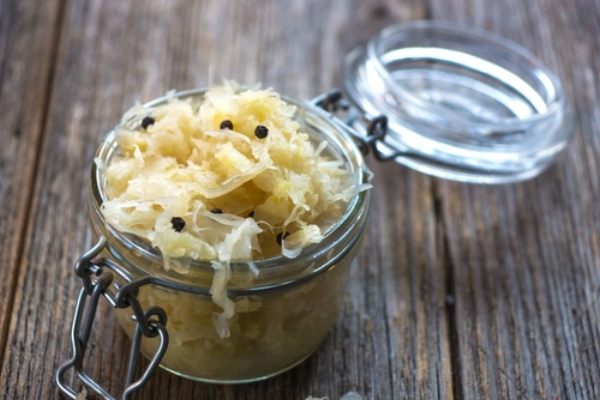 Last week’s episode of BBC Two’s ‘Trust Me I’m a Doctor’ dealt with the increasingly popular discussion that probiotics and fermented foods might be good for our health. It highlighted that these foods can improve our gut bacteria, in turn fighting a number of health issues. Probiotics work in a completely different way to antibiotics; they positively change our gut bacteria, rather than killing them. By increasing our intake of probiotics, we encourage the growth of good gut bacteria, which ultimately leads to better health.

Probiotics, prebiotics and good bacteria in our gut

Volunteers were split into three groups. They were given certain foods or drinks to add to their usual diet over a four-week period. One group was given a high-street probiotic yoghurt to drink. The second was put on a diet that contained natural prebiotics. And the third was given Kefir to drink.

The high-street probiotic yoghurt predominantly contained Lactobacillus and Bifidobacterium species bacteria. The Kefir drink comprised of dozens of natural bacteria. The prebiotic diet consisted of foods that were high in inulin such as leeks, onions, asparagus and Jerusalem artichokes.  These prebiotic foods help to naturally feed the good bacteria in our gut.

The doctors questioned whether our natural stomach acids would kill off these bacteria, or whether more good bacteria would grow. They compared the urine and stool samples of the volunteers, before and after their diet changes. The Doctors were then able to analyse which group had any changes to their gut bacteria.

The group that drank the probiotic yoghurt only saw a marginal change.  There was an increase, however, in one specific bacterium, which is known to help with weight management. The group on the prebiotic diet saw an increase in bacteria needed to maintain good gut health. This however was not a marked improvement. The individuals who saw the most dramatic change however, were those who drank Kefir.  These volunteers witnessed a significant increase to their Lactobacillales bacteria. This is known to be beneficial to the overall health of the gut, and especially good for travellers’ diarrhoea and those with lactose intolerance.

After drawing these conclusions, they went on to look at fermented foods, as they are also known to contain good bacteria, which are excellent for gut health.  They took a variety of fermented products – Kefir, kombucha, kimchi and sauerkraut – and tested the bacteria present in homemade versions of the foods compared to their shop bought counterparts.  The results illuminated that the homemade varieties were much higher and diverse in good bacteria than many of the shop bought ones, which did not seem to contain any of the beneficial good gut bacteria.  Many of the shop bought versions are pasteurised to maintain shelf life, but in doing so, some of the good bacteria present is killed off.

They summarised by saying that eating fermented foods and drinks an excellent way to improve your gut health. Also eating a diverse range of these foods could increase our chances of having more good gut bacteria than bad. However, they also urged people to be cautious when making their own fermented foods or drinks. They stressed that it was important to follow a good recipe, use good quality, raw ingredients, and ensure that everything is very clean and stored properly to enable the growth or good bacteria, as opposed to bad.

It was a very interesting programme, which helped to clarify whether probiotic yoghurts – one of the many products that can be bought on our high street – actually does work. It also highlighted the great benefits of Kefir and fermented foods for gut health, which many of the programme’s volunteers were unaware of!

Why not have a go at making your own milk Kefir using my delicious recipe?