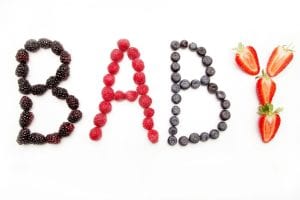 A formula can provide babies with the nutrients they need to grow and thrive. However, whilst antenatal clinics offer pregnant women and new mothers ample advice on breastfeeding, there is a significant dearth of information on formula feeding. Some mothers cannot breastfeed, or simply do not want to, therefore it is fundamental that light is shed on the alternatives. Just 17% of mums breastfeed exclusively at three months, and at six months, that figure drops to less than 1%. This leaves a huge proportion of mothers without the support needed to assist them in their choice of feeding method. 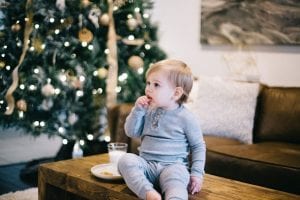 One thing is for sure, whether you breastfeed, bottle feed or mixed feed, it pays to be prepared for all eventualities. There is nothing more frustrating than having to go out and buy bottles, a steriliser, teats etc when you already have a hungry mouth on your hands. And you are far more likely to grab whatever is easily available, rather than ordering the best for your baby. At Bump & Beyond Nutrition, we feel that all expecting mothers and fathers should be taught how to sterilise and prepare bottles not only to minimise the risk of gastrointestinal infections but also to avoid preparing bottles in the middle of the night – jumping in blind.

Let’s take a look at the huge variety of formulas available:

The most commonly bought formula milk is dried and must be prepared with water. Dried formulas are not sterile, but you can also buy the tetra packs of pre-made formula for convenience. These are sterile and ready to feed your baby.

The most popular conventional baby formula in the UK is Aptamil. Although there is not really any known reason for this, apart from the clever branding and advertising campaign. In addition to this, some sources have stated that Aptamil used to be known as ‘the closest to breastmilk’ before there was an audit on how formula milk for newborns could be advertised. 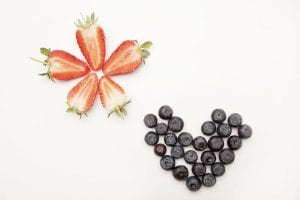 Alternative feeding formulas are also available, such as Nanny Care goat’s milk formula. The benefit of goat’s milk is that it contains less allergenic proteins than cows milk. Also, the protein forms a softer curd, which is easier to digest. This can be extremely beneficial for babies who suffer from gastrointestinal reflux. The fat is easier to digest than that of cow’s milk formulas since they contain more medium chain fatty acids. This allows intestinal enzymes to digest them more easily. In addition to this, the lactose content is also slightly lower. However, in the same way, goat’s milk is more expensive than cow’s milk, goat’s milk formula is more expensive than cow’s.

Babies suffering from reflux, lactose intolerance, and cow’s milk protein intolerance (casein) is becoming more and more common. Goat’s milk formula can benefit babies with some of these problems. However, babies that are allergic to lactose in cow’s milk are often still allergic to goat’s, even though the volume is less. SMA offers a ‘LA’ (Lactose-free) formula and also Wysoy, which is a soy-based formula. However, the biggest ingredient in Wysoy is in fact dried glucose syrup, which speaks for itself really. It might be worth mentioning at this point that several formula milks are not suitable for vegetarians. This is due to the fish oil that is used to add omega 3 to the formula.

Follow-on milk is formulas developed for infants aged 6 months and above. Growing up milk is for 1-year-olds and above. When parents introduce complementary feeding, these formulas comprise the liquid part of a baby’s diet.

The World Health Organisation states that ‘suitable milk substitutes’ exists for babies who are fed a complimentary diet. Whilst The World Health Organisation states that breastfeeding should be continued exclusively up to 6 months. It also says that if you’re not breastfeeding, the formula you’re already using from birth is fine to continue with after six months. This is the case up to a year when cow’s milk is acceptable to use. And yet, ‘follow-on milk’ is almost always advertised it as a natural progression from breastfeeding at 6 months. In our opinion, however, it seems to be nothing more than a popular fad and unnecessary. Some midwives are beginning to share this important information with new mothers, but not enough women seem to know.

Hopefully, this article has provided some clarity on what can often be a confusing matter for new mothers. In particular, those who are preparing to bottle feed their newborns. Quite simply, it has sought to straighten out the differences between the feeding formulas available on the market. And dispel the popular myth about follow-on milk.